This is About Libearty Bear Sanctuary in Romania 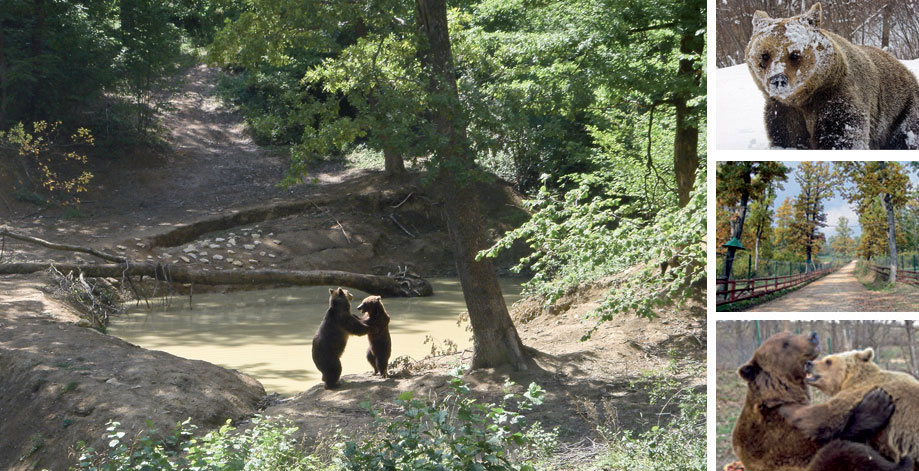 In 1998 a Romanian woman, Cristina Lapis, saw 3 bears in a small cage outside a restaurant in central Romania where they were used to attract customers. She later found more bears used in a similar way in other areas of the country. Her dream was to rescue these distressed animals and to change public attitudes to stop this cruel and illegal exploitation of one of Romania’s magnificent native animals.

Now that dream is being realised, with over 70 bears enjoying a new life in the Libearty Bear Sanctuary – 70 hectares of oak and hazel forest in the Carpathian Mountains above the Transylvanian town of Zarnesti.
Here, the bears climb trees, swim in the pools and forage on the vegetation. For many of them, having been caught from the wild as cubs, this is a new and stimulating experience.

The Romanian bear sanctuary has helped to create better awareness of the issues affecting bears in Romania. The Romanian public, media and also the authorities have now taken this project to their hearts. The sanctuary has given new life to once-captive bears and is a symbol of optimism for the protection of Romania’s rich natural environment.

Creation and management of the Libearty Bear Sanctuary

The day-to-day management of the bear sanctuary, including the rescue and care of the bears and all general maintenance around the sanctuary is undertaken by Cristina Lapis’s organisation – Milioane de Prieteni (Millions of Friends), which is based in Brasov, Romania.
The land for the sanctuary, 160 acres (70 hectares) of oak and hazel forest, was donated by the Municipality of Zarnesti, a small town in central Transylvania, 25 km south of Brasov.
The sanctuary was created with funding from a variety of sources, including from the World Society for the Protection of Animals (WSPA) who also designed the sanctuary and helped train the staff.

The Need for the Bear Sanctuary

The sanctuary was created because of the need to rescue over 50 bears found suffering in small and rusted cages around the country where they had been used as pets or as attractions for restaurants and petrol stations. The bears were all caught from the wild as cubs and had lived all their lives in confined cages with a poor diet and little or no veterinary care. This practice of keeping captive bears was illegal in Romania but until the bear sanctuary was created the authorities were unable to confiscate these bears due to the lack of facilities available to care for such rescued animals.